Meet Lee Corcoran,  Project Manager at Hickory’s Trio Box Hill project. Lee’s Hickory story began not long after Hickory was established. His career spanned across multiple job roles and cities but his love for innovation, culture and the job itself made him come back to Hickory – ten years later.

Following his passion, Lee began his career in the construction industry with a carpentry apprenticeship, his experience enabled him to travel to countries like Florida and London whilst working as a Site Manager. Back from travel, Lee joined Hickory working with an array of individuals along the way, “George Argyrou has been one of the most influential people, I worked really close with him back in the old days when I first started on-site. He mentored me on how to make processes more efficient, both him and Michael – a lot of their innovations are inspiring. I also worked under George Abraham, he’s one of the best-structured guys I’ve worked under”.

Lee left Hickory to gain experience working for smaller builders, he continued to keep in touch with the team and watch Hickory from afar. Ten years later he found himself back at Hickory, this time as a Project Manager. Lee noted the innovative changes that had occurred during his time away, “Hickory had made a lot of processes in-house which makes such a big difference, your able to have more control over what happens on-site, time and overall it’s a more cohesive environment”. Although the size and growth of Hickory had rapidly changed, Lee recognised that many things had remained consistent “The culture has stayed the same, there’s still that family culture. It’s very rare to have a company this size and the directors still know every single person’s name”.

Part of Lee’s job in a managerial role is to mentor cadets and graduates, he explains that part of the joy of teaching and supporting them is watching them grow into a role like his own. “Put your head down and work hard, it can be a tough industry and you have to put in a lot of hours but when you do, you reap the rewards.”

Having worked on multiple jobs during his time, Lee’s current site Trio located in Box Hill is his favourite due to the contrast of the mixed-use building and the team.

Reflecting on his career and movements in the last 15 years, Lee states “Knowing Hickory, their culture and how they work, it made me want to come back”. 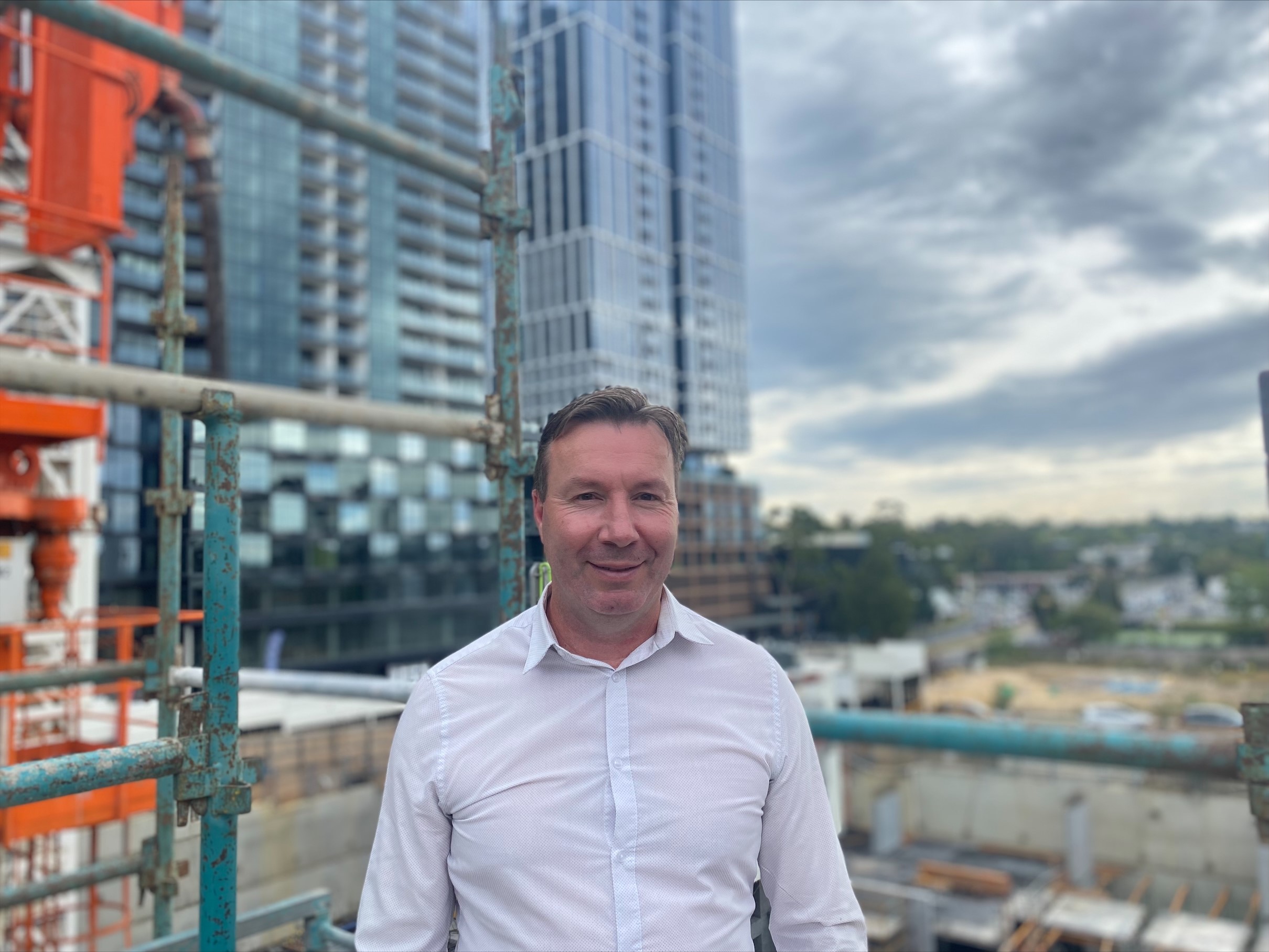