Skyscraper tops out with official celebration

568 Collins Street is a 224 metre residential tower in central Melbourne comprising 562 apartments, 12 offices and basement parking for 225 cars over 69 levels.

Situated on one of Melbourne’s busiest streets on a small site footprint of just 30 by 40 metres, Hickory and developer Stamoulis Property Group recently celebrated the structure reaching full height with a lunch attended by the project management team, consultants and financiers.

Construction challenges and innovations on the project included reducing shear walls to maximize floor space, developing new mixes in order to pump concrete up the 224 metre height of the building and the implementation of prefabricated Sync bathroom pods to save on time and space.

Safety has also been a key area of importance, with childcare centres occupying rooftops on either side of the site. This was managed through the use of specially designed 6 level protection screens, which also allowed concrete structures and facade installation to occur concurrently over the course of construction.

Stage One apartments were handed over in late 2014, with the remainder of the project due for completion in July. Congratulations to the team involved on reaching this milestone and creating what is arguably one of Melbourne’s best new views. 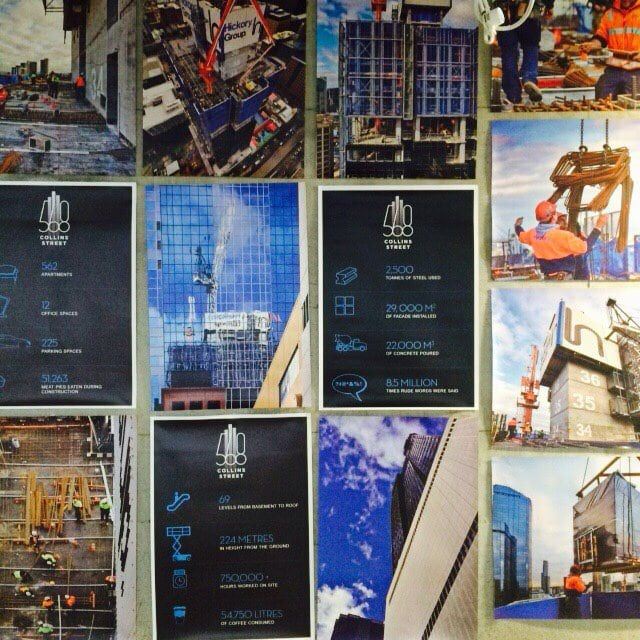