Featured in the Northwest Telegraph: Concorde units open to inspect

Display modules that will form part of the Concorde South development in South Hedland were open last week for inspection by guests and dignitaries.

The 108 prefabricated modules that will make up 77 residences were designed, manufactured and constructed by Hickory Group, and will provide a mix of one, two and three-bedroom layouts.

The modules will be onsite in April and installed within eight days, with a further six weeks set aside to complete the building.

A time-lapse camera has been positioned on site to monitor the progress of the development.

She described the construction of the apartment complex as a “significant milestone” in transitioning towards a Pilbara city vision.

“The provision of city-style accommodation is not a pie in the sky,” Cr Howlett said. “It’s real, and we’ve all been able to see that here today.”

Member for the Mining and Pastoral Region Mark Lewis announced he was representing the Premier — who did not attend.

He labelled the Pilbara city vision as ambitious, but described the changes in South Hedland over the past two decades as remarkable. Display units are available for inspection by appointment with Hedland First National. 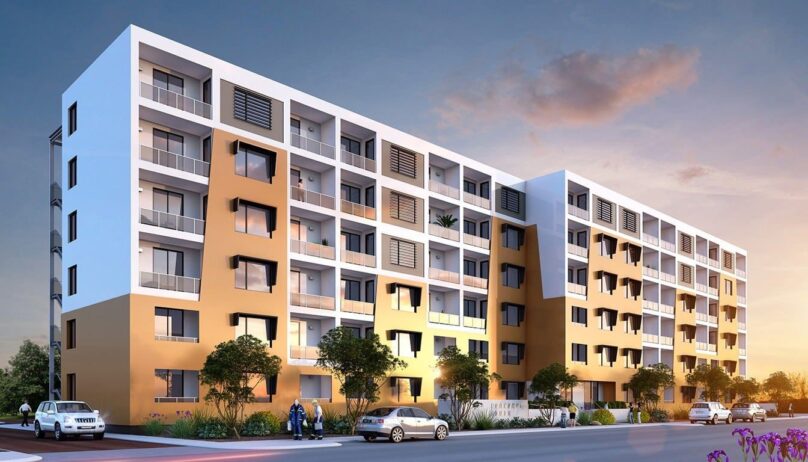