Vicinity Centres and Gandel Group, owners of Chadstone Shopping Centre, have appointed Hickory as head contractor for the hotel development which will join the 10-storey office tower completed as part of the last round of construction works.

Located at 1341 Dandenong Road, the hotel forms a key anchor of the Chadstone master plan with AccorHotels managing the 250-room hotel under its MGallery by Sofitel brand, adding a further dimension to the shopping, dining and entertainment centre.

The hotel is being built to capitalise on the 23 million visitors that visit Chadstone each year, including an estimated 350,000 international tourists.

The hotel will also feature health and wellness facilities, including a day spa, gymnasium and rooftop infinity swimming pool, plus two restaurants, lounge bar, and a ballroom capable of hosting functions for up to 400 people.

Demand for the hotel will be driven by business travellers, tourists and visitors to both Chadstone and the commercial offices of the 17 international and national businesses located on-site, as well as the nearby Monash precinct employment hub which employs 75,000 people.

As part of the build, Hickory is targeting a compressed construction timeline, which will be achieved via the implementation of Hickory’s patented building technology HBS. Hickory will incorporate large prefabricated elements such as stairs and walls within the build.

Additionally Hickory are employing a dust management plan to control, monitor and identify all dust-generating activities during all stages of the construction to aid in minimising disruption to customers or impacting the surrounding Chadstone community.

Heavy noise excavation works have already been completed on the site with the main hotel construction to begin next week. Hickory is targeting a 14 month construction schedule with the hotel due to open in the second half of 2019.

Further works underway or about to commence at Chadstone Shopping Centre include:

Both Federal and State Government’s are also investing in stronger public transport links to the centre with options for both light and heavy rail being floated in respective budget announcements. 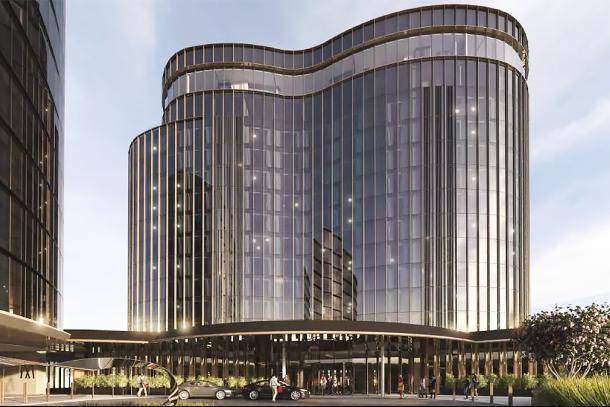