The 30-storey modern residential landmark, completed in late 2015 and housing 357 apartments, is known for its striking facade.

Built to create a luxurious resort-style feel for its residents, the building includes a rooftop retreat area with 360-degree views of Melbourne.

All of its one and two-bedroom apartments and penthouse suites sold off the plan a year before it was completed.

Read the complete article by Allison Worrall on Domain here

Discover more about the project here 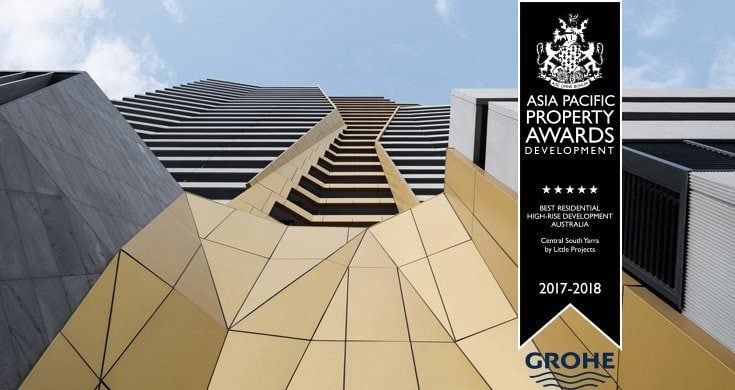