Heralding the arrival of cutting-edge technology and predicting a future trend in the way hotels will be built, the prefabricated technology puts Peppers Kings Square in a category of its own, according to Mantra Group.

Hickory Building Systems patented construction technology utilises elements including modular bathrooms, pre-attached facades and precast concrete panels, increasing not only the speed at which a build can be completed, but also the safety, quality of the workmanship while reducing the environmental impact of construction.

“Our vision is to build a Hospitality Trust unlocking value in sites around Australia using faster, more cost effective and more environmentally friendly construction,” he said.

Located in a prime position opposite Perth Arena, Peppers King Square is ideal for both the corporate and leisure traveller.

Mantra Group says with luxe furnishings, state-of-the-art appliances and contemporary finishes, it will bring an unparalleled modernity to Perth’s CBD.

Tomas Johnsson, Chief Operating Officer of Mantra Group said he sees the opening of Peppers Kings Square in the heart of Perth CBD as a “strong indication of the continued focus on the introduction of the luxury Peppers brand to key CBD markets”. 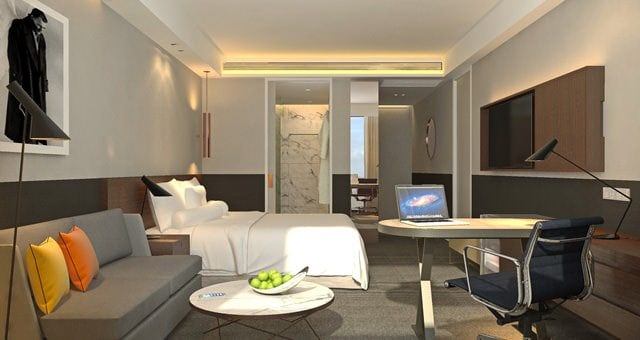