Last week Meinhardt Australia held their Skyscraper Trends In Melbourne: From Super Skinny To ‘Prefabulous’ seminar which brought together a select group of Melbourne’s development industry elite to consider the influences shaping the future direction of Melbourne’s built form. The latest in a string of successful seminars held under the Practical Imagination – imagin8 banner, Urban Melbourne was present to cover the informal yet highly relevant gathering.

Followed by a lengthy open forum discussing all matters relevant, the evening provided great insight into Melbourne’s trend of building taller buildings, and the fundamentals/technologies that underpin it. While further in depth articles will appear on Urban Melbourne in coming weeks, the most pertinent information for Urban Melbourne’s readers were within the presentations of Jon Brock and George Argyrou; summaries of both are found below.

Leading off Jon Brock spoke of the context in which Melbourne’s tall towers have been allowed to flourish, alluding to strong population growth and Plan Melbourne’s focus upon urban renewal. Also sighted within the presentation was the Metropolitan Planning Authority (MPA) whose role was effectively described as Melbourne’s "Tall tower decider."

Given Menhardt’s extensive catalogue of projects, urban renewal areas such as Fishermans Bend and Arden-Macaulay were discussed at length with Jon Brock citing 60-82 Johnson Street, South Melbourne and 114-116 Haines Street, North Melbourne as prime examples where negotiations with the relevant planning body let to agreed upon development outcomes that benefited all parties.

Paraphrasing Jon Brock in relation to 60-82 Johnson Street, no one particularly cared that an additional four levels were added to the tower, of primary concern is podium interaction and increased public space. Also discussed was Arden-Macaulay where higher density is envisaged, and likely to be implemented via the C190 amendment which has been delayed to a degree due to East West Link.

Melbourne’s new residential zones were also discussed, along with potential implications for existing high density areas due to tracts of land being locked away from redevelopment. Tips and pitfalls for successfully gaining project approval were also discussed in what was a comprehensive talk delivering a lot of otherwise unattainable information to the assembled audience.

A comprehensive overview of Jon Brock’s presentation can be viewed online via the practical imaginationwebsite.

Co-founder of Hickory Group and Managing Director George Argyrou was on hand to explain how Hickory has strived to make itself the industry leader in terms of pioneering new construction technologies. Providing a timeline of company achievements which includes the widespread use of Unitised Building, George Argyrou went on to speak of the unbridled success of Sync bathroom pods which now holds Australian orders in the thousands.

While the Sync bathroom system goes from strength to strength, Hickory have devised a new unitised construction technique aimed purely at high-rise structures which they believe has the best tolerances and quality control of any construction method currently employed worldwide. Constructed offsite, the new Hickory Building System begins with an engineered concrete floor requiring no human intervention.

Load bearing columns, fully fitted wet areas and a building facade are subsequently applied in what resembles a manufacturing production line process. Trucked to site, the integrated system locks together and provides exceptional structural stability and enabling fit-out to quickly progress due to the pre-attached facade; a traditional poured lift well is a thing of the past.

As George Argyrou stated, "We’ve taken existing technology and turned it into the best in the world." Hickory have been designing schemes and validating engineering for high-rise towers in Melbourne with the expectation it will make its debut shortly. 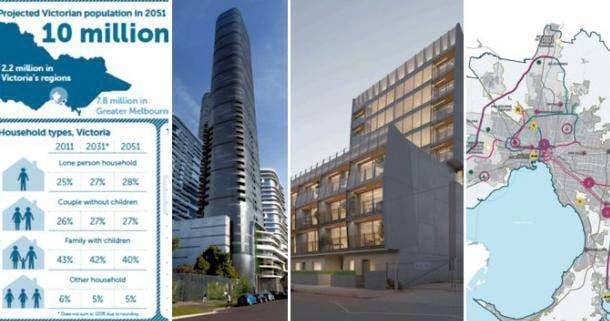