One of South Yarra’s largest apartment developments will proceed to construction with Hickory Group announcing it is the builder of choice for Yarra One.

Eco World International’s sole Melbourne project will proceed immediately to construction as demolition across the site wraps up. Hickory Group will build the 27 storey apartment tower, which includes 256 apartments set over 37,000 plus square metres of built form.

Alongside the apartments, Hickory Group will also deliver amenities within the tower which include a library, dining room, gym, wellness retreat and wine room. The project’s main publicly accessible feature is a large multi-purpose atrium/ arbour, which has become somewhat of a design showpiece across various Fender Katsalidis-designed projects.

Hickory Group’s South Yarra success adds to three additional builds which have yet to break ground. Chadstone’s MGallery by Sofitel and Queens Road’s Victoriana apartment project have recently been awarded to Hickory Group, whilst the builder will shortly begin works on a Southbank office complex which it will part occupy upon completion.

Urban.com.au recently covered the appointment of Hickory Group to the Chadstone development. Hickory will incorporate large prefabricated elements such as stairs and walls in order to deliver the 250 hotel rooms over little more than a year from now.

Also set to start this year is JD Group’s Victoriana luxury apartment development. Victoriana will include 250 oversized 2, 3, and 4 bedroom apartments over 18 levels, and multiple pools over the building’s upper levels.

The last of Hickory Group’s quartet of projects which have yet to break ground is perhaps the most interesting. The builder will relocate to a purpose-built office development at 68 Clarke Street upon its completion which is slated for the third quarter of 2019.

The Elenberg Fraser-designed office building "takes on new design thinking for a more people-centered approach; reinventing the way we work".

The arrival of Hickory Group’s latest quartet of projects comes on the tail end of a number of builds that are nearing completion. Opera Melbourne, Atira La Trobe Street and the adjacent Conservatory apartment tower are structurally complete, with completion for all three projects imminent. 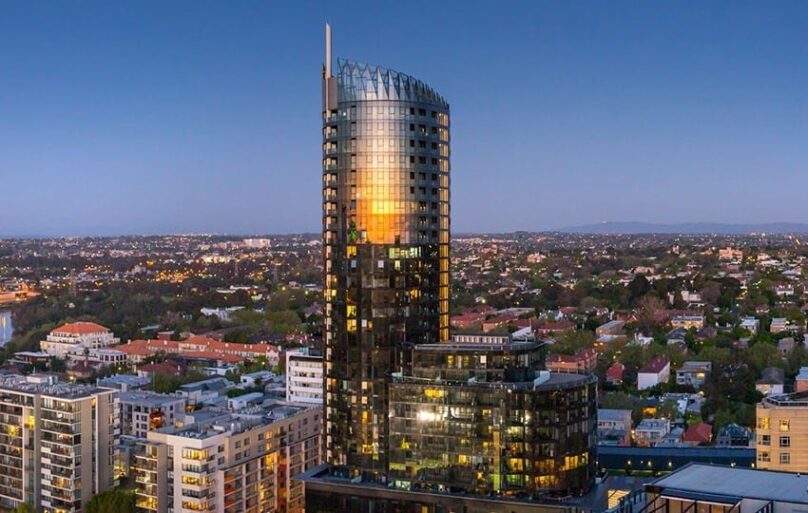