Hickory Group has announced its appointment as head contractor for 88 Melbourne, after signing the contract for New Sky Group’s 61-storey residential tower. Located at 88 Queensbridge Street Southbank, the 208m edifice designed by Rothelowman, will comprise 252 residences upon completion, and represents New Sky Group’s largest undertaking in Melbourne to date.

The site has a long history, with the project first covered on Urban.com.au back in February of 2014 after Financial Fook via its subsidiary acquired the site for $18 million. Upon receiving planning approval later that year late Starryland Melbourne sold the site to New Sky Group for $22 million, who subsequently reworked the scheme towards owner occupiers before launching 88 Melbourne almost two years later.

The design for 88 Melbourne is defined by its three-dimensional diamond patterned façade that has drawn inspiration from hand crafted jewellery and origami. An integrated LED installation will run the full height of the building further accentuating the pattern and illuminating the tower on the Southbank skyline at night.

The development will sit diagonally opposite a dual-tower scheme at 87-127 Queensbridge Street which received approval mid-year following a protracted planning process, amidst continued site consolidation and a number of redesigns.

Collins House which utilises Hickory’s pre-fabricated construction technology, is racing up the Melbourne skyline providing a unique and dynamic focal due to its lack of visible core. The HBS module allows building elements be erected more efficiently and safely on the challenging narrow site.

Hickory also recently poured the level 8 slab on the 12-storey hotel MGallery-branded hotel at Chadstone Shopping Centre. Façade installation is set to commence imminently, with the 250-room hotel due for completion in mid-2019.

Tomorrow, Hickory is due to break ground on Dahua Group’s Hawthorn Park project at an event to commemorate the occasion. Located at 33 Camberwell Road in Hawthorn East, the Rothelowman-designed project of 345 apartments will be set within a landscape garden setting and is characterised by its ‘sky pool’ – Melbourne’s first suspended pool – linking the two buildings. 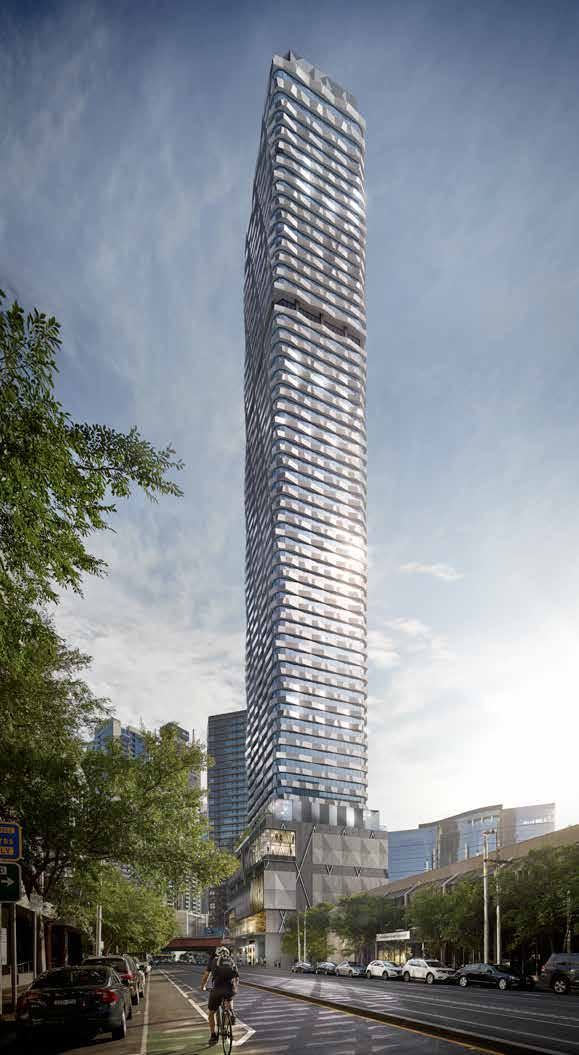