The 120-room Mantra Group project has been designed by PTI Architects and uses the Hickory system for construction, preassembling large parts of the building off site. This ensures building work is faster, safer and more sustainable.

The 17 level building was built conventionally up to level 1, with construction of the remaining 16 stories currently underway using the accelerated Hickory Building System.

Large sections of the building are being craned into place on the building site, allowing work that would usually take months to be condensed to just a few weeks. The first of the 90 prefabricated structural units was installed on the 9th of February, with the building up to level 5 after just 4 days of installation.

Hickory’s method uses conventional steel frames and concrete slabs but allows the different components of the building to be configured independently of each other, maximising productivity. For example, the 120 hotel bathrooms were finished to completion in Hickory’s Melbourne SYNC bathroom factory whilst the structure of the building was assembled in a factory in Perth and in-ground building work was performed on site.

Hickory has had construction success in Perth previously; manufacturing a 6 level Department of Housing apartment building in Cockburn Central that was installed in 10 days, but this new construction method creates further efficiencies and was developed specifically for taller structures. Hickory are also currently using this methodology to build a new 42 level residential project in Melbourne.

Benefits of the Hickory System: 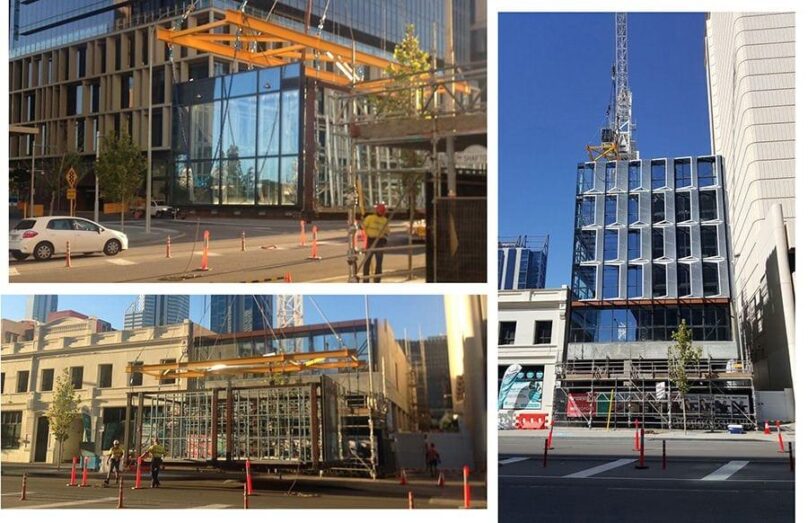