The Hickory Group is moving swiftly on plans to build a 10,200-square-metre, $50 million office building in South Melbourne despite having no committed tenant.

The builder-developer received planning approval last week from the City of Port Phillip for the project at 68 Clarke Street and will start construction in February.

The confidence to speculatively build fringe office space is a reflection of Melbourne’s declining 6 per cent office vacancy rate and a 4 per cent rental upswing.

Hickory Group managing director Michael Argyrou said the company was usually a building contractor rather than a developer.

"We are not doing a lot of developing but we want to set a positive example for customers. It’s a great site and a unique project. It’s a great opportunity to showcase what we can do," Mr Argyrou said.

"It’s also small enough for a company like us to spec-build. It’s different to spec-building something that’s 40,000 square metres or bigger."

The six-storey project – called Market Lane – is on a large 2788-square-metre site on the corner of Market, Clarke and Chessell streets near the West Gate Freeway flyover.

Hickory is planning to take up less than 10 per cent of the building, which is expected to be complete in mid-2019. Hickory will also own the building.

A central atrium will funnel fresh air and light through the building and the ground floor will be given over to food and beverage spaces.

"The fringe market is as tight as it’s ever been. There’s a lack of buildings actually getting under way," Mr Myerscough said.

Recent research from Colliers shows the vacancy rate in the fringe office market is about 3.5 per cent. The area around nearby St Kilda Road has experienced a 20 per cent decline in stock as ageing office buildings are converted to residential projects.

"It’s harder to pre-lease fringe office buildings. The tenants don’t pay as much attention and by the time they need new space, they need it immediately, not 18 months down the track," he said.

"When there’s five projects that aren’t built yet, tenants have the upper hand but if you have something built and ready to go, you should be able to get a better return, even if it’s more risky."

Read the original article on The Age here. 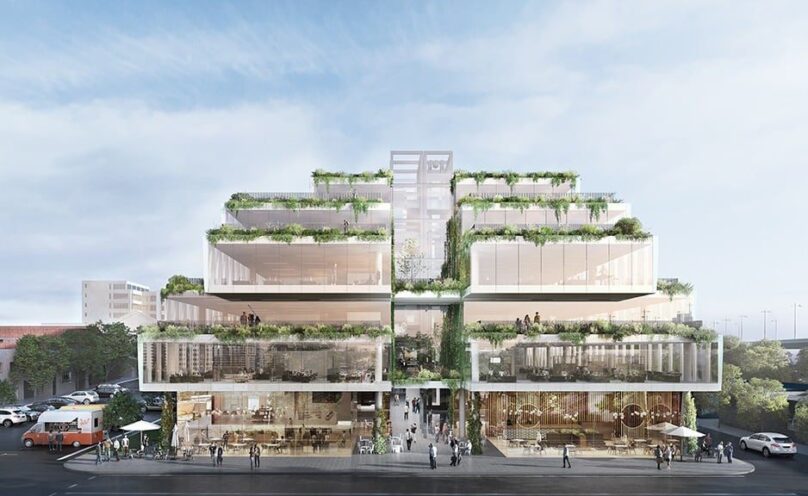