Hickory is proud to have won an Award for Excellence in Concrete from the Concrete Institute of Australia for our La Trobe Tower project.

These awards recognise and publicise the significant contributions to excellence in concrete design, construction and materials in Australia.

Our MD George Argyrou collected the award from the Hon Wade Noonan, Minister for Industry and Employment, Minister for Resources and the CIA’s Victorian President Andrew Sarkady at the Victorian Awards for Excellence Cocktail Evening on Tuesday 15 August.

Well done to all the team involved on this project.

The win now places Hickory in the running for the national awards in October, representing Victoria. Winners will be announced at the CIA biennial conference Concrete2017 held in Adelaide. 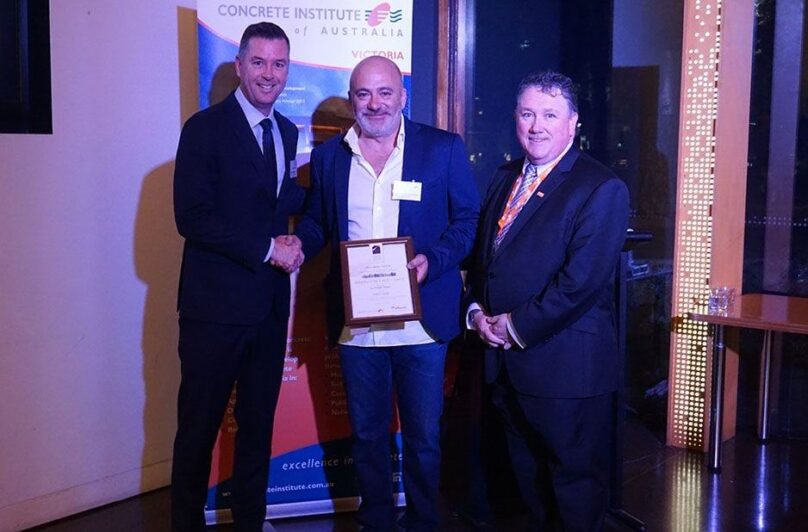