The new investment project will double the size of Hickory’s Sync manufacturing operation at Brooklyn, allowing the company to increase its annual production of bathroom pods by more than 200 per cent.

The expansion is already helping Sync win contracts interstate as well as in Melbourne, which in turn is helping to secure local jobs.

Sync employs over 100 people at the Brooklyn plant in various manufacturing, design and engineering trades. Many of their workers are from the car manufacturing industry, whose skills have enabled the company to grow considerably over the last two years.

Financial support and facilitation for the expansion of Sync operations in Brooklyn was provided through the Department of Economic Development’s Investment Support Program and the local Victorian Government Business Office.

Support for local manufacturers complements the Andrews Labor Government’s Back to Work Plan to create 100,000 jobs.

The Labor Government is also getting on with the major transport infrastructure projects that this state needs, including the Melbourne Metro Rail Project and the Level Crossing Removal Project, which together will create around 8,000 jobs.

“We want to attract more investment like this, to create high-skill jobs for local workers and boost Victoria’s competitiveness.”

“The Andrews Labor Government is getting Victoria working again by investing in jobs, education and infrastructure, and by supporting successful local manufacturing like Sync Bathroom Pods.” 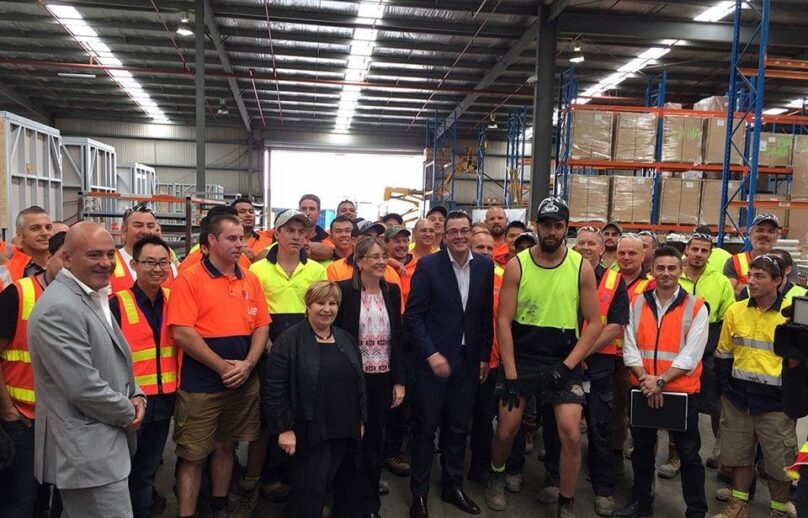