Featured in The Age: VicUrban looks for a modular solution to housing issues

COMING to a suburb near you – lots more apartments – straight out of the factory.

New apartments are literally rolling off the production line at a Brooklyn factory as part of the state government’s plans to house an additional 1800 Melbourne residents a week.

A new ”modular” apartment building in East Coburg could be the future of housing for many in Melbourne.

The 199-apartment ”Nicholson” development may be the first of many modular apartment developments by government development agency VicUrban – now focused on providing a rapid expansion of new housing in Melbourne’s existing suburbs close to transport, jobs and services.

The parallel construction process, on site and in the factory, make modular developments twice as fast as conventional construction methods and also reduce costs.

Earlier this year, 63 factory-built apartments were lifted in by crane to a building dubbed ”Little Hero” in a lane off Little Bourke Street.

”VicUrban has an ever-increasing role to accommodate people at volume at as much speed as we can achieve into the established parts of Melbourne,” she said.

The development, expected to be completed in May, will include 58 public housing apartments, 31 affordable housing rental apartments and 110 one and two-bedroom apartments for private ownership.

”With this development we have got apartments in the $300-$400, [thousand] range … so they are in a very affordable range,” Ms Sanderson said.

Over the next 20 years, the government says an additional 316,000 dwellings will be needed in Melbourne’s existing suburbs and has asked local councils to consider how many additional dwellings their areas can accommodate.

Mary Stella is VicUrban’s target market. In her 50s and a local resident for 30 years, Ms Stella has decided to change from her three-bedroom family home to a two-bedroom apartment at the Nicholson.

”People who have lived in the area want to remain in the area, they don’t want to lose the services,” she said.

She is a supporter of the modular construction method. 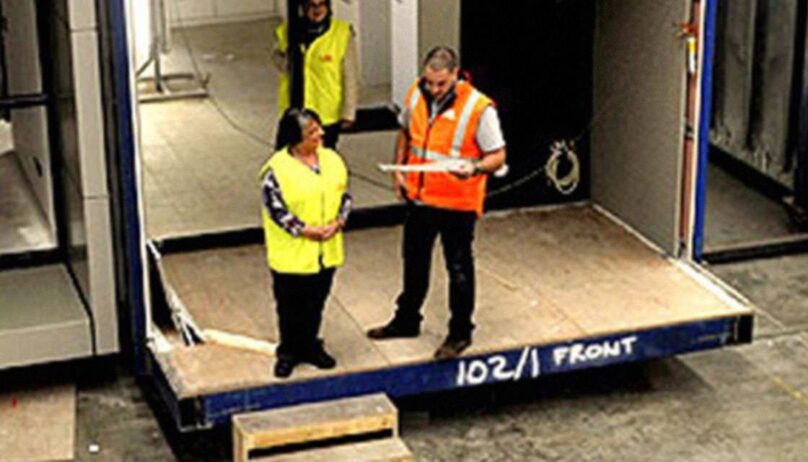