Featured in The Australian: Safe as houses – why the bubble is no trouble

In a place called Success, a suburb 23km south of the Perth GPO, a marvel of modern engineering was on show last year when 14 workers and a giant crane assembled a block of 77 apartments in the space of just 10 days.

The six­ storey block is made up of 96 modules that were manufactured by Melbourne’s Hickory Group in its sprawling Brooklyn factory, then shipped to Perth. Hickory is one of several cutting­ edge companies that are taking the Lego approach to rapidly address Australia’s housing shortage. Last December, a 303 ­room student residence went up in Darwin in 16 days.

However, such innovative and market-led responses to surging house prices don’t fit the narrative of the calamitous collapse ahead that has dominated discussion of Australia’s housing boom in some sections of the media.

This, in fact, is what happened with the mining boom, when record commodity prices triggered a tsunami of investment in new resources projects, and it’s exactly what is happening right now in the housing market.

Just as Australia made it through the mining boom without the fuelling of an inflationary bubble, a similar virtuous economic cycle is emerging for the national economy – provided our bank regulation remains robust.

Despite talk of a property crash, Australian house prices have suffered only minor corrections on two occasions in the past 50 years? never a crash.

Like the mining boom, the housing boom is shaping up to be a a big job generator? in fact, housing construction is much more labour intensive than mining. In the year to December, building construction grew by 9 per cent in real terms, helping partially to offset a 13 per cent decline in engineering construction that reflects the end of the mining boom. The residential sector was behind all of this growth.

Although this trend is encouraging, economic growth remains weak and unemployment has been rising steadily. This is why the Reserve Bank of Australia has been cutting its official cash rate to record lows, and may cut further.

RBA governor Glenn Stevens said this week that domestic demand growth remained “quite weak” as a result of falling business investment, while inflation remained at a benign 1.7 per cent, below the 2­3 per cent target. Even when volatile items are removed inflation is only 2.1 per cent.

The forward indicators show the market is responding to these lower rates by marshalling more investment into the housing sector. This is good for home buyers and it is very good for boosting growth in the broader economy.

The latest Australian Bureau of Statistics figures show that approvals of new dwellings grew at an annual rate of 14 per cent in the year to February, but apartments and other non­house dwellings (the ABS calls them dwellings excluding houses) increased by a staggering 36 per cent.

Australia is on track to see a record level of 200,000­ plus approvals this financial year. Dwelling approvals are a forward indicator of construction work that will take place during the next 12 to 24 months.

Read the full article online at The Australian 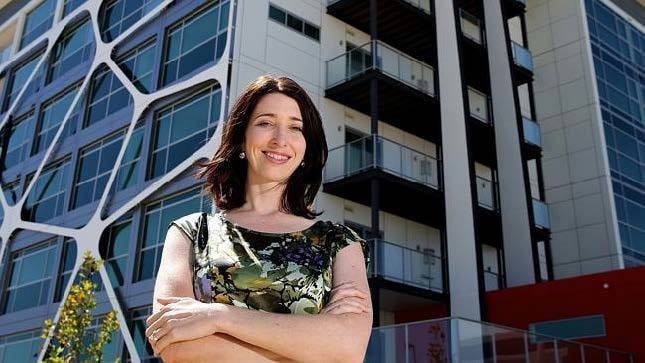