The building appointment follows shortly after the developer secured construction funding from investment bank Goldman Sachs and non-bank lender MaxCap for the $440 million tower in September.

The Aspire tower’s construction contract is valued at around $180 million, with the skyscraper expected to stand 211 metres tall, and comprise 594 apartments when complete.

ICD is developing the Aspire tower with joint venture partner financier MaxCap, which has both debt and equity positions on the project.

The appointment marks the first project between ICD and Hickory.

Matthew Khoo said the builder was selected due to their “innovative approach and proven ability to deliver skyscrapers of scale”.

“Hickory have contributed to Australia’s property landscape since 1991 with quality projects,” Khoo said.

The King street skyscraper is one of the city’s last permitted “super towers”.

Across the country, this week City of Adelaide announced it would partner with ICD on a $400 million revamp of the Central Market Arcade in Adelaide’s CBD.

The deal will see ICD control the A-grade office tower, hotel, residential apartments and childcare of the Arcade redevelopment. 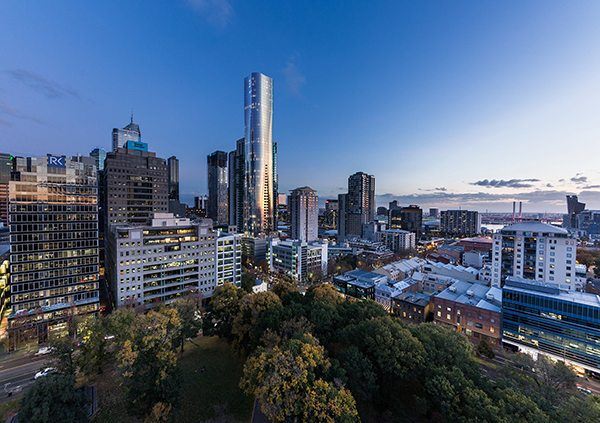