Featured in the AFR: Build it offsite and many storeys will come – fast

Australia’s tallest prefabricated building has topped out at an impressive 44 levels, with the 323 La Trobe Street Apartment Tower rising 133 metres above the Melbourne city centre.

Developed by Chinese group Longriver, the main structure for the $95 million high-rise was completed in eight months, twice as fast as a traditional build, leaving only the interior fit-out works to be completed.

"The floors we are standing on were manufactured 16 kilometres away in our Brooklyn factory. We attached the facades, put them on the back of a truck and delivered them here," said Hickory managing director Michael Argyrou at the topping-out ceremony.

"We installed at night starting from eight o’clock and by 10.30 we finished installing the floor. We averaged installing two floors a week, double the speed of a traditional build," he said.

The La Trobe Street tower comprises 206 one- and two-bedroom apartments enclosed in a glass facade designed by architects Rothelowman.

It smashed the previous tallest prefabricated building in Australia, the 29-level Soho Hotel in Darwin, which was completed in 2014 and features prefabricated rooms from level seven upwards.

It’s an entirely new way of thinking, with designers working much more closely alongside the construction team than in a traditional build. More importantly, the new system can be applied retrospectively to buildings that have already been designed.

Mr Argyrou said the use of prefabricated elements reduced construction waste by about 90 per cent and because most of the construction occurred at night, disruption of traffic was minimal.

Hickory’s prefabricated structural system is being used to build Australia’s tallest completely prefabricated hotel, the $25 million Peppers Kings Square in the Perth CBD, which will be operated by the Mantra Group.

Demand for its services has helped create jobs for workers coming out of the dying car manufacturing sector, Mr Argyrou said. 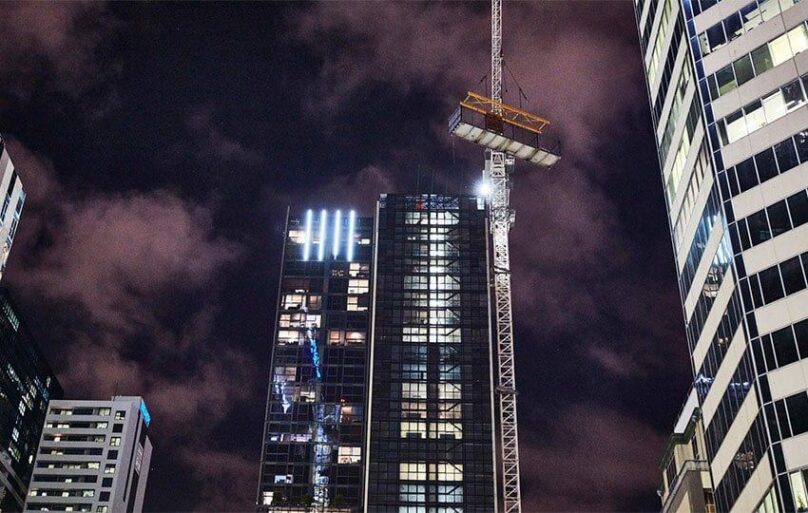