The Hickory System is an Australian building technology developed, patented and owned by Hickory that offers ground-breaking prefabricated construction solutions for high-rise accommodation and hospital projects.

This landmark deal between a Chinese and an Australian company is allowing Hickory to establish a place as one of the world’s pre-eminent prefabricated building providers.

“This is an endorsement of Australian manufacturing – proof that in advanced manufacturing, we can be the best in the world”, Michael Argyrou, Managing Director of Hickory said.

Construction of the new manufacturing facility is currently underway in Henan Province, China. 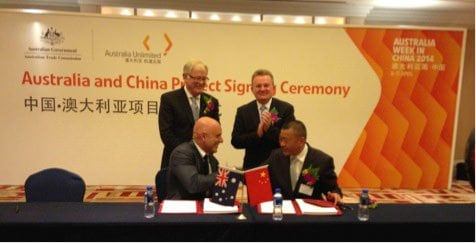