A six-storey apartment complex in South Hedland is on track to be built within eight days, 20 per cent faster than originally estimated by modular builders Hickory Group.

A Hickory spokeswoman said the project was likely to be finished on Monday May 12, and it anticipated the same swift rate of installation for its next project, in Perth. 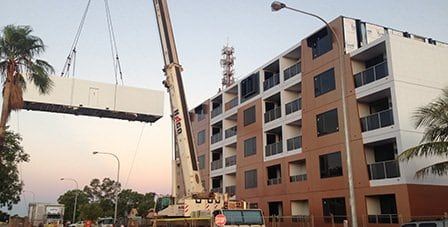