As a key enabler at Hickory, Tina Constantinou’s led the implementation of management processes across our formwork crew, successfully implementing administered structures on major projects and facilitating Hickory’s conversion to digital processes.

From work experience as a year ten student, to leading the structures on some of Hickory’s biggest projects, Tina bought her dreams into fruition when she stepped on-site and envisioned her future.

“When I’d go out to sites to help my dad, I would think of how amazing it would be to watch something grow from the ground up.”

Coming from a family that was in the construction industry, Tina felt a sense of comfortability and confidence when setting foot onsite which helped when she enrolled to complete her work experience at Hickory at 16 years old. Tina graduated from university with a Construction Management degree and landed herself a position as Junior Contracts Administrator at Hickory. Tina recalls the first project she worked on, Elvera on Lygon, “At the time I thought was huge, it had 100 apartments, 10 levels and cost around $20m.”

At Hickory’s Fulton Lane project, Tina met the team she continues to work with today. As a new team, there were contrasts in how they worked but Tina recalls the start of what is now an amazing work relationship, “One day they asked me into the office to talk to them, for a minute I thought something was wrong and then they said ‘We were a team of three and now we are a team of 4, wherever we go, you come with us’. Since then we’ve done every project as a team.” After many successful projects together, Tina recognises foreman Archie Adamou as one of the many influential figures around her at Hickory, “He’s got that real drive and passion, within our team we treat every project like our own business, it’s been amazing to find someone else that carries the same passion as my own.”

Fulton Lane was also significant for Tina as a young female navigating her way through the industry, “I really found my feet on that project, as well as it being our biggest it was also the project where I cemented (no pun intended) my position at Hickory and my position as part of the structures division.”

Tina has been a key part in further developing the structures division, her current role as a Senior Contracts Administrator has been monumental in Hickory’s success, constantly implementing more efficient systems such as People Key. Day to day, Tina sources suppliers, mentors Junior CA’s and negotiates deals, not only for her projects but for the company also.

The secret to a strong team Tina tells, is to “Be sure of what you can bring as a person, be confident in what you believe matters because it does, bringing my expertise and what I know I do well then mixing that with what others do well, the combination has worked really effectively.” 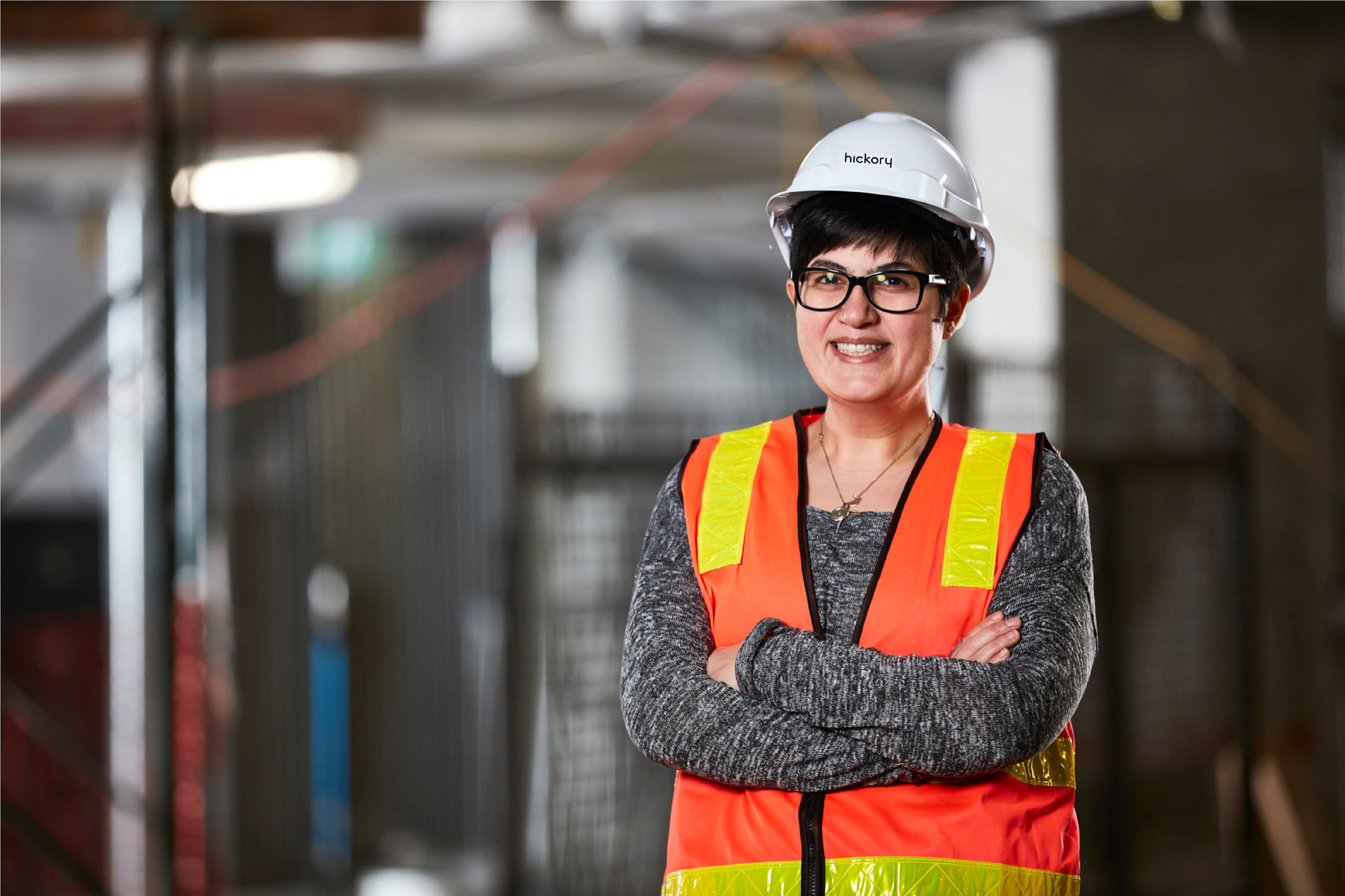