On Wednesday the 11th of February, Little Projects held a traditional construction event to mark the milestone with an olive tree hoisted up to the rooftop where it spent three days; the placement of a tree when a building tops out is to symbolise growth and bring luck to a development.

Michael Fox, Managing Director of Little Projects said "today we celebrated the completion of the 30 level structure of Central South Yarra, which caps off another successful milestone for our landmark new development. The top level will transform over the coming months into an incredible world-class residents’ rooftop retreat".

After the successful completion of ILK South Yarra at 227 Toorak Road, Central South Yarra sold out in mid-2014 and Fox attributed much of Central South Yarra’s success to its "exceptional inner city location, uninterrupted city views, world-class amenity and high degree of connectivity".

Central South Yarra is rounded out with 357 apartments, superb access to public transport and all the amenity that South Yarra is known for right at the front door. RotheLowman were responsible for exterior design with interiors by Plus Architecture. 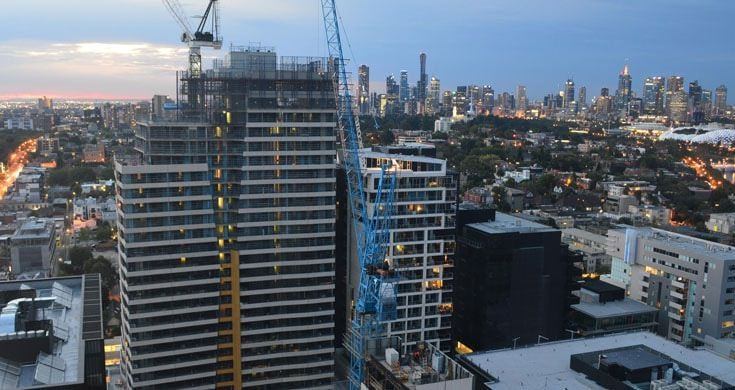