Fletcher Construction chief executive Graham Darlow and Bernie Chote, general manager of division Fletcher Developments, said investigations were being made into the concept of factory-built houses, but nothing had been decided yet.

Using techniques similar to a car factory turning out standardised ranges of sizes, colours, shapes and designs, whole houses could come together at speed under one roof.

That could cut costs, eliminate weather holdups, provide a better, cleaner more sheltered and dependable environment for workers and use more efficient systems which speed the production of all factory-made manufactured products.

"There’s a taskforce looking into building a whole house offsite," Darlow said of a group of Fletcher executives examining options."We’re looking at either building a house as one, or components of a house off-site."

Australasia’s biggest house-building factory is at Melbourne’s Unitised Building (Hickory Building Systems), where Darlow and Chote said components were assembled in a factory then moved to a site.

Unitised Building says its prefabricated structures are for low, medium and high-rise residential, hotel, hospital and remote housing construction projects. "The technology enables buildings to be delivered in up to half the time of traditional methods of construction, while achieving – among other things – significant cost savings and a lighter, higher quality finished product." Many different design, facade and structural options are offered, adaptable to almost any building type and height, Unitised says.

"With no set room size or module height or width, the system adapts to the specific design features of any given project, allowing it to follow, not dictate, the architectural design. "This flexibility is a key point of differentiation in the global marketplace and sets UB apart from all other competing modular or prefabrication technologies," Unitised said.

"While the technology is established globally, it’s not an option we’re exploring with any interest at the moment. I will let you know if that changes," he said.

New Zealand has no house building factories but Fletcher’s PlaceMakers operates the country’s biggest pre-nail wall-building operations where entire wall frames and trusses are built and trucked to construction sites to speed work.

Other big businesses have looked at speeding up house-building. A $224,000 prototype house called the Smarter Small Home opened at Papakura in May built by Latitude Homes. 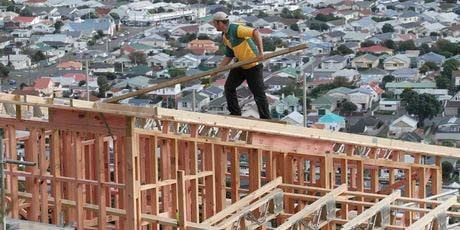